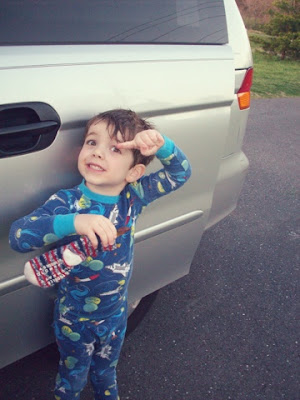 It’s not always as much fun being grown up as I thought it would be.

Actually, there are times when being a grownup is not fun at all. Grownups have to get up when we’d rather sleep, get dressed and go out when we’d rather stay home, talk to people we don’t really like, and do jobs that aren’t always interesting. Then there’s all the really unpleasant stuff, like doing our taxes and cleaning up vomit and watching our children get shots at the doctor’s office and (horrors) anything that involves the DMV.

Oh, and we are in charge.

Isn’t that a little scary? We aren’t all that different from the kids we are parenting. How did we get here? How are we The Deciders? We are planning dinner, setting bedtime and electing the President. Sometimes being the one to make all the decisions makes me feel like having a thirty-something tantrum.

Somewhere along the way, I have forgotten that being a grownup is all about choices. We are freer than we think, surrounded by chances to do things we only dreamed of as kids. We could seize these chances: to stay up late and watch movies and eat ice cream in our beds, to have pizza for breakfast, to wear our pajamas all day, to eat our dessert before we eat our green beans. Who would stop us?

We tell ourselves that we are stuck, that we have to do this or that, that we have no choices, but it’s a lie. We always have choices, even about all the less pleasant stuff. (If we make strings of bad choices, there will be consequences, of course…but the choices are still ours to make.)

Granted, most of the decisions we make are responsible and reasonable. We know the best things to do for ourselves and our families. Every now and then, though, we should throw our grownup caution aside to do something totally spontaneous and impractical…just because we can.

On Saturday night, we had just this kind of opportunity. There was a slim chance that the aurora borealis might be visible in our area due to a large amount of solar activity. There were lots of reasons not to go chasing after something we might not even be able to see: it doesn’t get dark until well after bedtime, we’d need to get up early for church on Sunday morning, dinner would have to be rushed (probably pizza) and we wouldn’t have time to get it all cleaned up before we needed to bathe everyone and head out to the car. It seemed like a lot of trouble.

It also seemed kind of awesome.
We decided to seize the moment.

So given the chance, yes– you should definitely put your kids in their pajamas and pile them into the van and go in search of the aurora borealis. Even if there is only a slim chance that you might see them, you should still do it. The stars will be out, and you can look for Orion and talk about the 12 labors of Hercules and wonder if that bright planet-looking thing near the moon is actually Jupiter. You can stop at 7-11 on the way and get everybody a snack, even though you just had dinner and no one really needs to eat. You can see lots of deer from your windows as you drive up the mountain and wonder why some groups of animals are called flocks while others are called herds. You can listen to songs from the 1950s and talk about whether the Drifters were trying to cross over with “Under the Boardwalk.” You can talk about the differences between Velociraptor and Deinonychus and wonder which one would win in a race…and you can discuss whether either of them could outrun the fastest animal on earth today (and then debate what that animal might be). You can squint at the horizon and wonder whether the glow you see is moving, whether it is always that bright, whether you would be able to see the light pollution from Washington, D.C. out this far, whether it might just be the elusive aurora you’ve been seeking. You can find yourself in a complicated discussion of atonement theology with your precocious 4 year old, who wants to discuss how the stories of the Hebrew people are related (or not) to Jesus’ Last Supper with his disciples and how God could be in a bush that is on fire without ever burning up and what kind of snake it was that Moses’ rod became when he threw it down on the ground. You can finally decide that the northern lights are just not going to be visible this far south and that (since it’s 3 hours past bedtime) it’s time to be a responsible grownup and take everyone home to bed.

So yes. You should go look for the northern lights, even if you’re not going to find them. You should go, because the adventure of looking for them is what you’re really after, anyway…and it’s what everyone will remember in the end. You should go because we all have choices to make. And making the choice to do something spontaneous, something silly, something fun should be as much a part of being a grownup as all the other boring, routine stuff we make choices about every day. 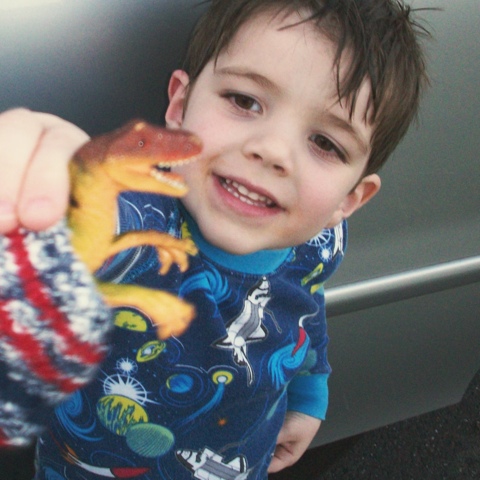